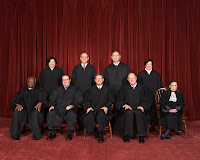 As everyone has surely heard by now, the United States Supreme Court has upheld the Health Care Law.  The impact of this ruling is both obvious and extreme.  A quick read of any number of news websites will tell you what that impact is.

However, the way that the Supreme Court arrived at its decision is perhaps as significant, and surprising, as any effect the law will have.  When the law was passed by congress, it included a provision mandating that, for the most part, all individuals were required to purchase insurance or face a fine.  Importantly, the legislation was written without the word “tax” being used in that provision.  People running for office know that voting for taxes is generally not the best way to get reelected.  So it was called a “penalty.”  The distinction is more than simple politics at play.  Congress has undisputed broad powers to tax almost any person or any thing that it chooses…but it does not have power to enact penalties for these types of things.  By using the word “penalty” members of congress (and Barack Obama, who pushed for and signed the Bill into law) were trying to avoid the dreaded “T” word that could doom their reelection chances.  At the same time, many believed by trying to save their reelection chances, and calling it a “penalty,” they had doomed the Health Care Law’s ability to pass.

Apparently, the Supreme Court decided that words do not in fact mean certain things.  The Court basically interpreted (even manipulated) the language of the law in an effort to allow the law to pass.  The penalty was interpreted as a tax and the law was largely allowed to stand, because of congress’ broad taxing powers.  Or as the conservative dissenters of the Supreme Court wrote "The Court today decides to save a statute Congress did not write. It rules that what the statute declares to be a requirement with a penalty is instead an option subject to a tax."

The immediate impact is the upholding and enacting of a law which is unpopular with the people of this country.  The ultimate impact may be those same unhappy people voicing their displeasure in November – displeasure for the legislators and president responsible for what now becomes one of the largest tax increases in history.
Posted by Matt Hornsby at 3:24 PM